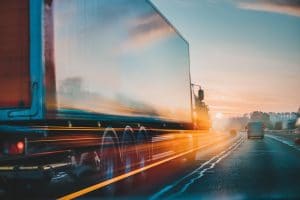 There’s no question that speed kills. It’s a leading cause of vehicle accidents, and just about every local news source in the country has been running stories about the increase in speed-related fatalities on our roadways. But it looks like the federal government is finally poised to do something about it.

The Federal Motor Carrier Safety Administration (FMCSA) is looking into speed limiters on trucks that weigh at least 26,000 lbs. Specifically, the FMCSA is “requesting the public’s help in providing data on the programming or adjustment of the [engine control units] to assist in imposing speed limits on [commercial motor vehicles]” because such an option was not originally included in the infrastructure plan that was passed in January. However, the FMSCA has agreed to take another look at speed limiters “because the U.S. Transportation Department’s National Roadway Safety Strategy ‘identified speed as a significant factor in fatal crashes and speed management as a primary tool to reduce serious injuries and fatalities.’”

This is good news, even if it is late in coming. The National Transportation Safety Board (NTSB) has been asking for speed limiting devices for years: in 2019, these devices were on their “wish list” of options to reduce the number of speeding-related fatalities.

How much of a problem is speeding?

It’s an increasingly larger problem than we thought. PBS reports that the “estimated figure of people dying in motor vehicle crashes from January to September 2021 was 12 percent higher than the same period in 2020. That represents the highest percentage increase over a nine-month period since the Transportation Department began recording fatal crash data in 1975” (emphasis ours). There were 31,720 deaths during that 9 month period – the highest since 2006.

Among the leading causes of this spike in Nevada and across the country? Speeding.

They could, but maybe not in the way you might think.

A speed limiter, also known as an engine control unit (ECU) or governor, works by limiting the amount of fuel and air your engine can receive:

A series of sensors detect how fast you’re going, then communicate that information to the engine’s computer, which manages nearly all the engine’s functions. Once you reach a pre-determined top speed, the computer steps in and restricts the flow of air and fuel to the engine and even the sparks that cause combustion. Either way, you’ll be unable to exceed the top speed as determined by the car’s manufacturer.

Commercial vehicles would be governed by federal regulations, meaning the limiter would be set at whatever top speed the federal agencies (FMCSA, NHTSA, NTSB) decided. Not being able to speed should reduce the number of fatal speed-related accidents truckers have.

Another benefit to speed limiters is that trucking companies would need to adjust for the extra time, which means truckers may not be forced to push themselves when they are too tired to drive. Driver fatigue is a serious problem, and less-scrupulous trucking companies have been known to push their drivers to move as quickly as possible. Speed limiters would necessarily increase the amount of time it takes a trucker to get from Point A to Point B, and companies would need to adjust.

However, it is worth noting that there is one major risk to speed limiters on commercial trucks – namely, that a truck may not be able to keep up with the flow of traffic, and this could lead to problems in and of itself. For example, if federal regulations set the maximum speed for commercial trucks at 55mph, that means a truck traveling on a highway in Nevada would be traveling between 15 and 20 mph slower than the average car (assuming the passenger vehicles aren’t speeding, either). Even if drivers stick to the right lane, trucks may not be able to avoid a collision with a reckless driver.

If speed limiters are such a good idea, why don’t cars have them?

They do; they’re just set pretty high, and can only be changed by a manufacturer.

The NTSB actually raised the issue of making it easier to change the limits this February, after a speeding driver ran a red light at the intersection of Cheyenne Avenue and Commerce Street, leading to a collision that left nine people dead. The driver was going over 100mph at the time (the speed limit in that area is 35mph) and per 13 Action News, “had cocaine, alcohol and PCP in his system at the time of his death, according to an autopsy report.”

What are my rights if I’m injured by a speeding driver in Las Vegas?

If you are injured by a speeding driver in Las Vegas, or in a single or multi-car collision caused by a speeding trucker, you have legal options. Before anything else, though, seek medical attention for your injuries. Not all injuries present right away; some symptoms may take a few hours, and by then you could be facing a life-ending injury. Internal bleeding, for example, can indicate organ damage, but you may not realize you are bleeding internally until a few hours later. Head trauma of any kind can lead to a traumatic brain injury, but the full effects of the trauma may take longer to evaluate.

Seeking medical attention promptly may save your life; it also creates a record of your injuries and conditions, which will prove helpful if you seek damages in a personal injury lawsuit. Depending on the circumstances of your case, you may be able to claim damages for your medical bills, lost wages, and pain and suffering. The Las Vegas injury attorneys of Claggett & Sykes have secured millions of dollars on behalf of the injured in Nevada. We want to help you, too.

If you were injured in a car or truck accident, you don’t have to go it alone. Claggett & Sykes is here to help. To schedule a free consultation with a Las Vegas injury lawyer, please call 702.333.7777, or fill out our contact form. Or if you’ve been injured in Northern Nevada, call our Reno injury lawyers at 775-322-2923.