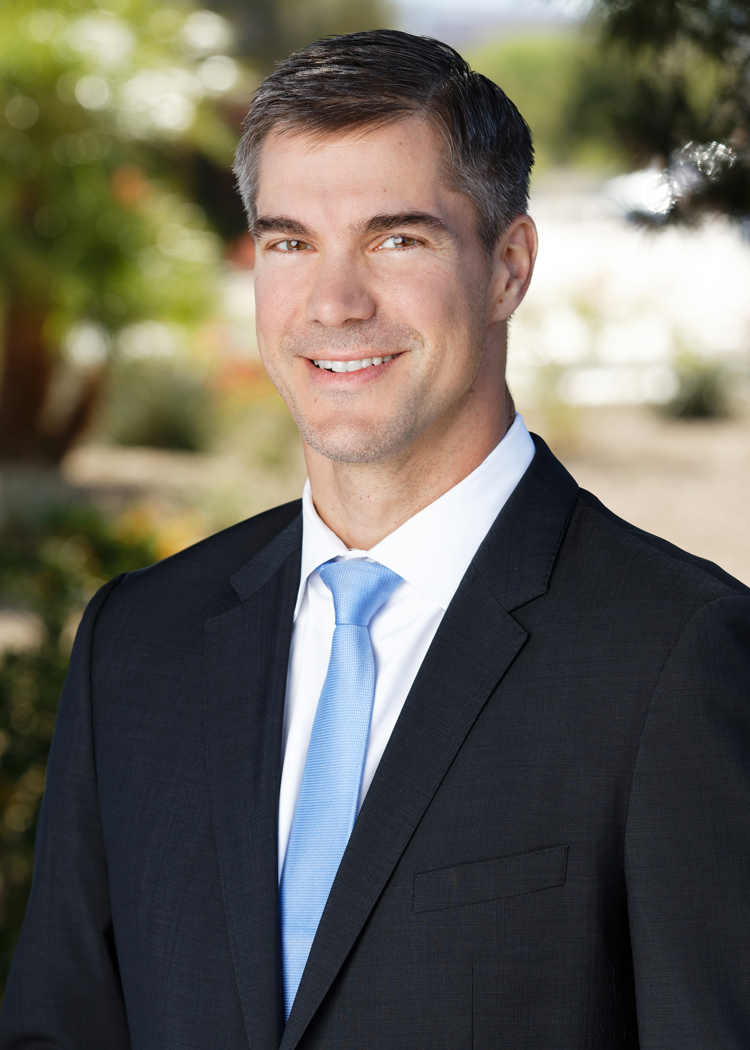 Brian Blankenship is a partner with Claggett & Sykes Law Firm. Brian graduated high school in Bayonne, New Jersey. After high school, Brian obtained his Bachelor of Arts degree in English and History from Georgetown University. While at Georgetown, Brian played varsity football for 4 years and served as team captain in 2001. Upon graduation, Brian worked as a paralegal for 3 years at Dewey Ballantine, LLP, a corporate law firm in Washington D.C. before enrolling in law school at California Western School of Law in 2005. While in law school, Brian served on the Moot Court Honors Board and published articles for the law school newspaper. Brian also received an Academic Achievement Award in Trial Advocacy.

In 2008, Brian obtained his juris doctorate from California Western School of Law and moved to Las Vegas to clerk for a construction defect law firm in Las Vegas. After passing the Nevada Bar Exam in 2009, Brian began his legal career at Lee Hernandez Brooks Garafalo & Blake. In 2010, Brian joined Marquis Aurbach Coffing where he specialized in business litigation and successfully represented individual and corporate clients in various civil disputes. In June 2014, Brian joined Schwartz Law Firm, and subsequently Schwartz Flansburg PLLC. During his tenure at Schwartz Flansburg, Brian founded a personal injury practice with Sam Schwartz.

Since 2014, Brian has been a Las Vegas personal injury lawyer and car accident lawyer who has focused his career on representing victims of car crashes, slip and fall accidents, and all personal injuries. In July 2018, Brian founded Blankenship Injury Law where he continued representing personal injury victims. Since 2014, Super Lawyers has annually selected Brian as one of its “rising stars” in Nevada. In 2017, Nevada Business Magazine selected Brian as one of its Legal Elite attorneys in Nevada.

In his spare time, Brian enjoys playing golf and spending time with his wife and family.