What You Need to Know About Qualified Immunity and Law Enforcement 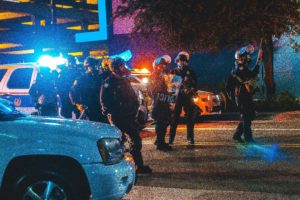 Let’s look at how qualified immunity came to be and how courts apply it.

Back in 1871, Congress enacted the Civil Rights Act of 1871 (also known as the Ku Klux Klan Act). The Act allowed Americans to sue public officials who violate their legal rights. The modern-day version of the act is found in 42 U.S.C. Section 1983. If you hear someone refer to a “1983 claim” against a police officer, that’s where the 1983 part comes from.

The law says that if a public official violates your rights you are allowed to file a lawsuit against the public official. In the 1871 Act, the law was pretty clear that “every” state official who violates “any rights” guaranteed by the Constitution “shall be liable to the party injured.”

Seems pretty straightforward, and courts applied the law in a straightforward way for almost 100 years. As recently as 1961, the United States Supreme Court followed the plain language of the Act. In Monroe v. Pape, Chicago police officers broke into the home of a Black family without a warrant, rounded up the family, and made them stand naked in the living room while the officers ransacked the house. The family sued the police officers. The United States Supreme recognized that the Civil Rights Act gave the family the right to sue the officers for violating their rights.

In 1967, something changed. The Supreme Court decided it needed to protect public officials who acted in “good faith” and who believed their conduct was authorized by law. The Court invented qualified immunity.

15 years later, in Harlow v. Fitzgerald, 457 U.S. 800 (1982), the Supreme Court expanded the qualified immunity doctrine greatly. Instead of looking at whether an official acted in “good faith,” the Supreme Court now required the victim to prove that the rights he or she claimed were violated were “clearly established” rights.

While you would think that showing a right is “clearly established” sounds easy enough, the courts have made it extremely tough to do. To show that a right is “clearly established” the victim has to point to an existing decision by a court that involves the same “specific context” and “particular conduct.” If the victim cannot point to an existing court decision that found a constitutional violation with nearly identical facts, the public official is shielded from liability.

Having to prove that a right is “clearly established” has led to some questionable, some would say outrageous, results. For example, in a 2019 case, Jessop v. City of Fresno, 936 F.3d 937 (9th Cir. 2019), police officers executed a search warrant to investigate illegal gambling machines. The owners of the machines claimed that the police seized $150,000 in cash and $125,000 in rare coins. The officers, however, reported that they only seized $50,000–they allegedly attempted to steal $225,000. If true, it seems like a slam dunk case against the officers, right? The Ninth Circuit Court of Appeals dismissed the case against the officers under qualified immunity. How can that be?

In 2009, in Pearson v. Callahan, 555 U.S. 223 (2009), the Supreme Court clarified that courts do not necessarily have to follow the two-part test. Instead, courts can skip having to decide whether a constitutional right was violated. Courts can go right to the second part of the test. If the victim cannot prove that the right was “clearly established” the court can dismiss the case without deciding if a right was violated.

This would have helped future victims who find themselves in a similar position because there would now be a case establishing that stealing money while executing a search warrant is a constitutional violation. By skipping the first step, the court left future victims without a case that says having your property stolen by the police during the execution of a search warrant is a violation of “clearly established” constitutional right.

Qualified Immunity Does Not Apply to Police Departments

Qualified immunity is a defense that only public officials like police officers can use. Qualified immunity does not protect the government or the police department from lawsuits. But these lawsuits can also be difficult to win.

It sounds as if the Supreme Court is ready to reevaluate qualified immunity. Even before the recent protests due to the death of George Floyd, the Supreme Court had decided to review several cases involving this issue.

In one of these cases, a Tennessee man suspected of burglary was mauled by a police dog that the police released on the man while he was sitting on the ground with his hands raised in surrender. In another case, an Idaho woman gave police permission to search her house for a fugitive police believed was inside. The woman gave the police the keys to her house the keys. Instead of entering the home, officers spent hours shooting tear-gas grenades at the house, destroying the woman’s property. Turns out the fugitive was not inside.

While many see our Supreme Court as being divided along party lines, limiting the use of qualified immunity is an issue that may have support from both sides. Regarded as very conservative, Justice Clarence Thomas has indicated his skepticism of qualified immunity, finding it has no foundation in the Constitution. This is important because Justice Thomas considers himself to be a strict constructionist, meaning current laws have to have a basis in the Constitution. On the other side, Justice Sonia Sotomayor has written that qualified immunity has turned into an absolute shield for law enforcement and guts “the deterrent effect of the Fourth Amendment.” No one knows what the future holds for qualified immunity, but there are certainly cracks in its foundation and a growing momentum towards change.