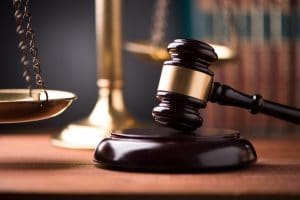 Claggett & Sykes is proud to announce a Nevada jury returned a verdict for our client Thunder Roybal, a bicyclist, for $14 million after he was hit by a driver for a Las Vegas gentleman’s club. Courtroom View Network (CVN) recorded the trial from start to finish. Thunder filed his lawsuit against the driver, Louis Bellomo, and SHAC LLC, the company that operates the Sapphire Gentleman’s Club. The collision, which occurred in 2016, caused severe, permanent injuries to the Roybal’s shoulder, neck, and chest. The injuries required four surgeries.

After the trial, partner Sean Claggett told CVN that the defense made no settlement offers whatsoever throughout four years of litigation, until they eventually offered $500,000 midway through the trial.

The Clark County jury entered their verdict on May 25, 2022 – eight days after the trial started. CVN’s gavel-to-gavel coverage included the testimony of the witnesses. The trial can be viewed by subscribers on CVN’s online trial video library.

Sean Claggett stated that the $14 million verdict may not be the end of the litigation. The Sapphire Gentleman’s Club may have a bad faith insurance claim against Berkshire Hathaway-owned National Indemnity Company because the Roybal’s original lawyer had made a settlement offer for $1 million (substantially less than $14 million). Partner Geordan Logan served as lead trial counsel for Roybal.

The basis of the $14 million jury award

The jury awarded damages as follows:

Sean Claggett stated that the testimony of his client at trial was one of the reasons jurors gave such a large verdict. The defense lawyers had tried to use Roybal’s opiate use to try to tarnish his credibility, which we anticipated would be their claim. Claggett said that, after the verdict, the jurors told his co-counsel that they were not convinced by the defense team’s argument.

“When Thunder took the stand it was clear he was not who they were trying to portray him as,” Claggett said. He also stated that the case is an example of a point that he wants younger lawyers to understand – that bad facts don’t necessarily mean a bad verdict.

“Look, our client used a lot of opiates, and we had to own that fact,” he said. “A lot of times young attorneys get scared of bad facts. You have to address them.”

Claggett also said that the jury rejected the defense team’s attempts to argue that Roybal lied about the circumstances behind the accident, calling the defense’s position “ridiculous.” Claggett stated that the defendant was just an “inpatient angry driver who ran over a bicyclist,” and that the plaintiff was not someone who staged an accident to claim damages.

We are thrilled that the jury sided with our client, whose injuries are so substantial that they will affect him for the rest of his life. Thunder Roybal got justice in this case, and we are proud of the work we did on his behalf.

At Claggett & Sykes Law Firm, we have the experience and resources to help bicycle accident victims obtain justice. We work with investigators, physicians, jury consultants, and others – to present as strong a case as is possible. To assert your rights after any personal injury accident, call us in Las Vegas at 702-333-7777, in Reno at 715-322-2923, or contact us today to schedule a free consultation.